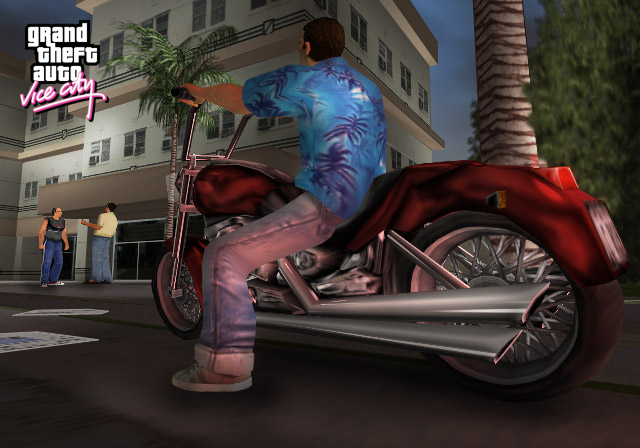 The PC version of GTA Vice City was released during October 2003, following the release of the game on the PS2 and later on the Xbox. On this page you will find all of the available GTA Vice City PC Cheats. Including the cheat to play as Candy Suxxx.

As with most GTA games, Vice City is jam packed with loads of cheat codes related to gameplay, spawning vehicles, changing your character skin and other in-game effects. So if you feel like playing through the game as a different character or screeching through the streets in a newly spawned tank, this is the page for you

If you are playing on a system other than PC then check out the follow pages:

You can enter the following GTA Vice City PC Cheats using your keyboard during gameplay. In some cases you can enter the exact same cheat again to turn it off, however some cheats cannot be reversed after they have been input – so don’t save your game after entering pedestrian related cheats. We recommend that you DON’T SAVE your game while playing with cheats activated as it may disrupt your save game file.

Take to the streets as Candy Suxxx, Mercedes, or any of the characters below with the following Vice City character cheats.

Roll out into the street with the Rhino tank or any of the other vehicles listed below by entering the corresponding cheat codes. Then why not turn things up a notch and make everything faster, with some of the vehicle codes in the table below.

You’ve spawned your favorite vehicle using the cheats codes above, now change some more stuff with these vehicle codes.

What weather do you feel like today! Take your pick…

These GTA Vice City PC Cheats are great, but there is also a lot of other info out there related to playing the game, a good place to start would be to check out some walkthroughs on the game, which can be found over on SuperCheats.com

There are a load of guides to choose from on that site, so if you are confused about which one to pick, then head for Glenster’s guide, back in the day, is the one we turned to to help get through this game, and would be a pretty good place to start.

If you are playing on a system other than Android or iPhone then check out the follow pages: