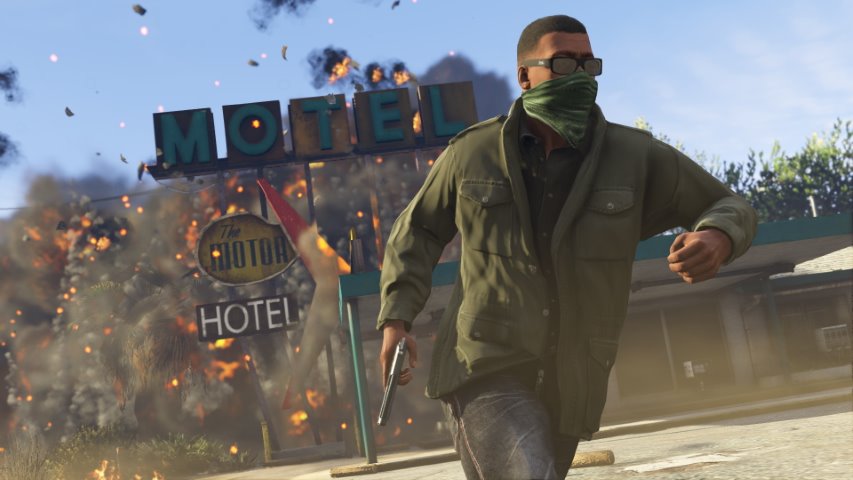 There are a whole heap of GTA 5 PC Cheats. You can either enter them via the keyboard or via Niko’s phone.

GTA 5 PC cheats are entered by activating the console using the tilde button (~) on your keyboard then enter the code that you want from the list below.

There are also a number of phone codes that can be entered, these are the same on PC as they are on PS4 and Xbox One, so we’ve put them on a seperate page which is here: GTA 5 phone cheats.

However these codes below can still be entered using the phone on the PC version of the game, it’s just a little more fiddly…

Please check our pages for GTA 5 PS4 Cheats and GTA 5 Xbox One Cheats if you are playing on a console version of the game.

Spawn in Mid-Air
SKYFALL
Spawns you in mid air with no possibility of opening or getting a parachute. Your only chance is to try to dive head first into the wall, ground or ocean!

Bigfoot Mode
You’ll need to unlock director mode then eat Peyote plants. You may not become Bigfoot though, as there are a number of other creatures you could turn into as well!

Super Jump
HOPTOIT
Use the spacebar to make super jumps.

All Weapons and Ammo
TOOLUP

Slow Mo Aim
DEADEYE
Further decrease the speed by entering the cheat up to 4 times. The fifth time will turn off the cheat.

Spawn Buzzard (Small attack helicoopter)
BUZZOFF
This light attack helicopter is armed with missiles and machine guns which the pilot or the passenger can use. To spawn the Buzzard you must be in a large enough area for it to appear.

Moon Gravity
FLOATER
This works if you enter a vehicle after entering this cheat.

Slow Mo
SLOWMO
Can be entered up to four times to further decrease the game speed. The fifth time will turn off the cheat.

As well as these GTA 5 PC cheats, we also have a list of GTA 5 phone cheats. You also may be interested in our GTA 5 Money Guide.